Legend of the Northern Blade 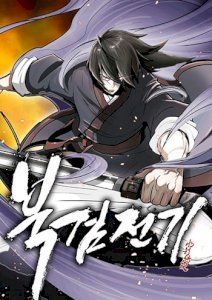 When the world was plunged into darkness by the ‘Silent Night’, Martial Artists from all over the place gathered to form the ‘Northern Heavenly Sect’. With overwhelming strength from the Northern Heavenly Sect, the Silent Night has pushed away and the people began to enjoy peace once more. However, as time passed the martial artists from the mainlands began to conspire against the ‘Northern Heavenly Sect’, and eventually caused the death of the Fourth Generation Sect Leader, Jin Kwan-Ho, destroying the sect with it. As everyone left the sect, Jin Kwan-Ho’s only son, Jin Mu-Won was left behind. Mu-Won has never learned anything about martial arts, but he eventually finds the Martial Techniques secretly left behind by his father and begins to acquire the martial arts of the Northern Heavenly Sect. Then one day, a mysterious girl appears before Mu-Won…!!

The Main Character is the Villain

Fucking My Niece at the Girls' Pajama Party

My Aunt in Puberty

The Main Character is the Villain

Fucking My Niece at the Girls' Pajama Party

My Aunt in Puberty

Shall We Live Together in the Country? Raw