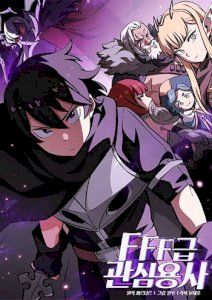 Protagonist Kin Han Soo killed the demon king after 10 years of being summoned in the fantasy world. Now it’s time to be sent back to earth. What’s this? the fantasy world's god appears along with his report card. Because he removed all the obstacles that prevented him from killing the demon king, his personality score came out as F. The regression that follows is that he has to return to the start and begin again. Can Kang Han Soo end these endless returns?